A rough and almost ready performance. 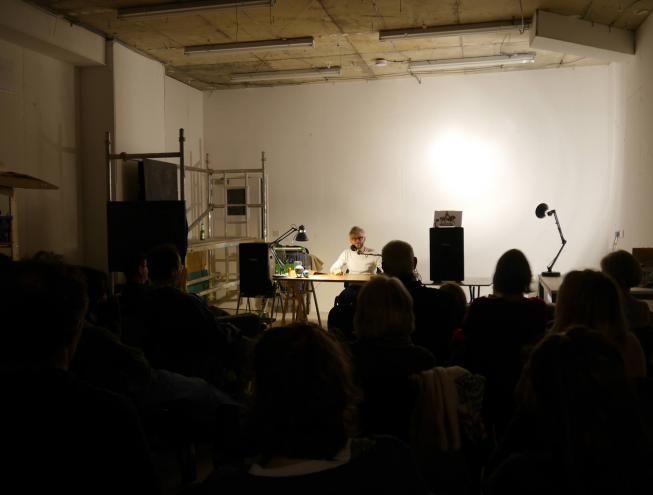 Hoipolloi used ELAN studio as a test space to try out a new live comedy by BBC award-winning writer, Shôn Dale-Jones about fixing a script, the world and a porcelain figure. A series of these took place in non-theatre venues around Cambridge during the first week of February 2016:

“In 1974 my father invested £8,100 (in today’s money) in a porcelain figure of The Duke of Wellington. After he died in 2001, my mother decided to take the figure out and display it on the table in the bay window. As I approached the absolute deadline for a script I’d been working on for 2 years the phone rang. It was my mother, she was calling to tell me that The Duke had broken while she was doing the dusting. THE DUKE is a show about the journey I went on to replace The Duke and finish the script… It is about the struggle to write something worthwhile in a world that is spiralling our of control.”