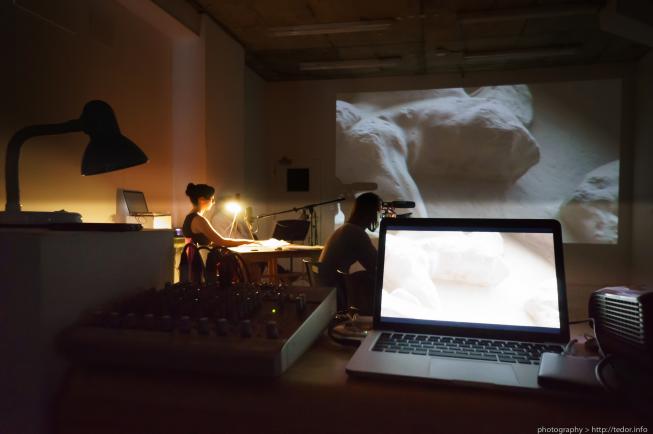 An experimental sound, film and visual art event associated to a small group of artists affiliated with Anglia Ruskin University. Recitativo – Fragments from Lucretius and Negri’ is a collaborative work-in-progress that brings together text, voice, sound, music and images. It takes its starting point from the notion of a recitative, the narrative recitation in early opera with its musical accompaniments. It explores the intertwining of texts from classical and contemporary times, namely the Roman Lucretius, the disciple of Atomism, and the Italian Antonio Negri, whose work draws on Lucretius in developing a new materialist thought. These texts become fragments that intertwine, overlap and veer between the informational and the concrete or poetic, each becoming material to be placed in time.